Yoga is a journey that has it’s peaks and valleys, to be sure. Sometimes, we leave a practice feeling on top of the world. In fact, yoga is famous for the euphoric high that comes after a ridiculously grueling session. Maybe science hasn’t nailed down exactly why yoga is so magically healing and emotionally satisfying, but any regular to yoga will swear by its powers.

Speaking of science, we do know that yoga, which incorporates tons of back bends and twists, causes the body to release a high level of neurotransmitters like serotonin (which is directly responsible for happy feelings). The spine of course is connected to the brain, and both are big control centers for neuro activity and hormonal releases. While yoga usually leaves us feeling oh so blissful, sometimes it also stirs up deep emotions and can leave us feeling like we’ve been hit by a Mack truck. It’s not uncommon to feel emotionally drained after a big influx of neurotransmitters, hormones, twists and bends…but it seems hard to shake at times.

From a scientific stance, deep twists and bends do in fact release a tidal wave of neurotransmitters that can flood our neuroreceptors and send us in into sensory overload. Many yoga gurus will tell students to expect feeling emotionally overwhelmed as they dive deeper into hip flexor poses and back bends, where we store grief and stress.

Neurotransmitters aside, there’s an additional dark emotional outcome that can accompany any physical fitness journey: despair or depression that comes from feeling like you’re not measuring up. This is a direct result from the Compare and Contrast Mode that we’re all far guilty of far too often. No doubt you’ve experienced it too when you’re struggling with a pose and look over and see someone else gracefully flying into the pose with the greatest of ease. Or perhaps you’ve admired someone’s Instagram account, only to suddenly realize you look nothing like that alleged human in some logic-defying pose. The deep sense of not measuring up can haunt our practice if we’re not careful. And worse by far is that feeling can follow us home and keep us off the mat. Too many people quit yoga or end their fitness journey because they tell themselves, “Why even bother? I’ll never reach my goals.” And, of course, yoga is very physically demanding and that can leave us feeling tired and just blah. We interpret that exhaustion as a lack of enjoyment or positive gain, when it’s usually a signal that we’ve made more progress than we’ve realized. But we throw up our hands and give in to the yoga blues. So where does that leave yogis when we hit an emotional slump or that yoga brick wall? Why do we get the yoga blues and how do we beat them?

Be prepared for when your practice opens up the flood gates. Emotions, even dark ones, aren’t “bad,” but what we do with them can be. We all store our heavier feelings away in parts of our minds and our hearts. I often think of it as jars I fill up and put away on shelves. Sooner or later, something will force open those jars and I’ll have to confront the emotions. Some people journal, others talk it out. I like to put on a vintage jazz vinyl record, sip some wine, and mentally process what I feel and why. Then I ask myself, can I change, embrace, release, or forgive this source of my emotions?

Remember: yoga is a freeing practice. A part of freedom requires us to release the past and find freedom from hurts and harms. If you’re feeling a bit more emotional, spend your savasana identifying the feeling, asking why you’ve stored this emotion somewhere in your soul, then give yourself grace. Give yourself permission to release it. You might have to spend quiet time at home meditating, praying, or simply spending time with your thoughts as you empty those emotional jars and ask God and light to fill them with peace and love. You’d be amazed at how free you’ll feel afterwards.

Whenever you feel yourself slipping into the Compare and Contrast Mode, instead allow yourself to be inspired. Recognize that the person you’re comparing yourself to has merely traveled a farther down the path than you. I love it when Kino MacGregor tells followers that she couldn’t even touch her toes when she first started. Yoga is a process! We’re in a continuum of growth. This isn’t something to feel envy over, but rather to celebrate. In fact, as often as I can, when I see someone kicking major asana in class, I will try to stop them after class and let them know how inspiring their practice was to me. It’s not flattery. I want to encourage them and uplift them, because don’t we all need that from time to time? I can also say by looking at other people as sources of inspiration, it long ago freed my heart of envy.

My husband is an amazing man. He has such integrity and high standards, but he somehow never compares himself to others or gets flustered if people are jealous of his success. I asked him how he manages to stay so centered. He said, “Cam, I just believe in doing the best I can do, because that’s the standard I want to follow. I compete with myself, but never with other people. I want to support other people to be the best they can be. Their success doesn’t take away from my happiness, and I genuinely enjoy seeing people reach their goals. I hope other people can feel that towards us when we succeed.”

Emotions, while powerful, don’t actually don’t have to control us. My husband has another piece of wisdom that I’ve learned to borrow from him over the years. I feel things intensely, and he is incredibly in control of his emotions and steady as the sun. He told me he never makes any decisions when he’s feeling highly emotional. He waits a full 24 hours. He does’t send that text, make that phone call, have that conversation, abandon a project, or any of the other emotional things we often do in the moment.

Emotions pass. The difference between people who success verses those who don’t rarely has anything to do with talent. It usually entirely depends on persistence and perseverance. Strength and grace is shown not when things are easy, but when we must choose to center ourselves and push through anyway. We can beat yoga blues by simply giving and receiving grace, and refusing to quit. Namaste and much love.

What you do today can improve all your tomorrows.

The search for the perfect yoga mat is like a quest for the Holy Grail. Or maybe it’s like...

In the quest for wellness and an abundant life, we often overlook the most important aspect of truly thriving:...

Yoga is one of those crazy beautiful experiences where you can receive whatever you need. Some people attend yoga...

How to Prevent Common Yoga Injuries

Yoga is magical. After you finish a class, you basically float out on a tide of goodwill and feel...

MORNINGS ARE THE WORST. And if you don’t agree with me, I do not even understand what kind of...

All these low-carb/no-carb diets are giving fruit a bad rap, but the truth is carbs aren’t evil. It just...

Eat Your Way to Youthful Skin

We live in a society that’s pretty obsessed with beauty—outer beauty that is. The makeup industry is a multi-billion... 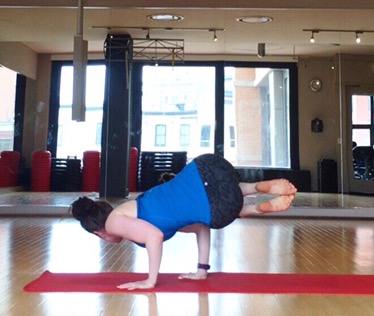 How to Do: Side Crow

Arm balances just makes me soooo happy, I can hardly stand it. I mean, honestly, every time a yoga...

Currently, my husband and I are spending the week in Vegas. I’m not into the casino scene, but we... 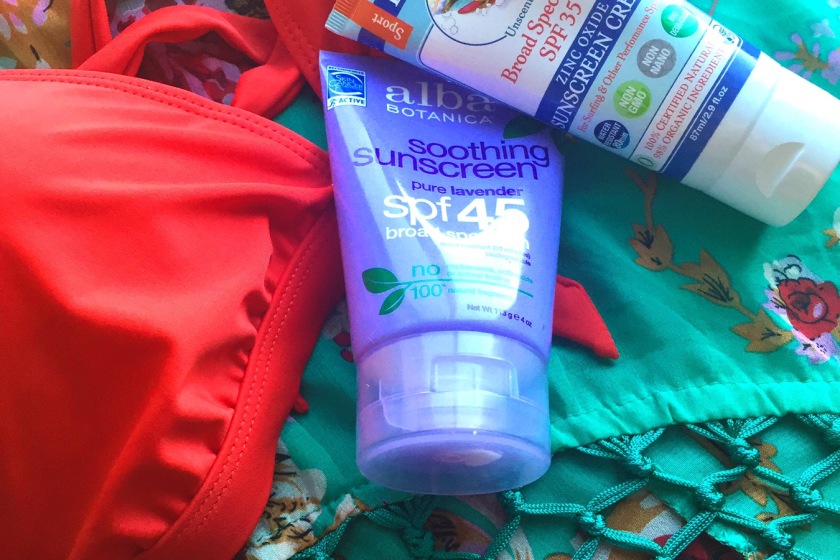 Use This Not That: Sunscreen Swaps

Summer is officially here, and according to my Siri, it’s going to be a million degrees with a UV...